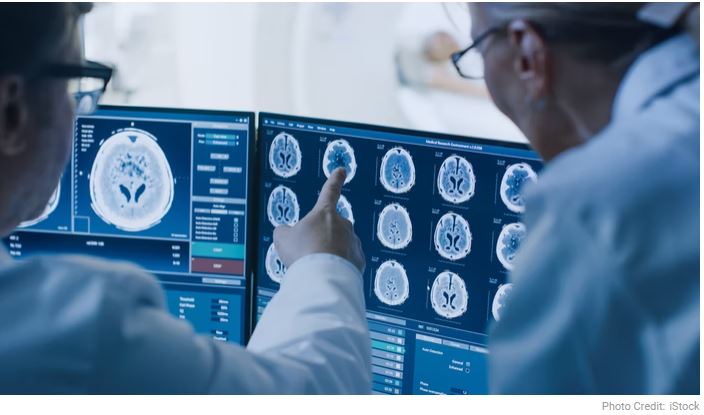 When we think about medical devices, we may not take much time to consider when they were first invented. It may be hard to imagine that October 1, 1971, was 50 years ago but many of today’s most used medical devices were invented in the last 100 years including the first computed tomography image or CT scan was invented.

British engineer, Godfrey Hounsfield held an idea about “whether one could detect hidden areas in Egyptian pyramids by capturing cosmic rays that passed through unseen voids.”  He held on to this idea of “looking into a box without opening it” and invented a way to see inside the hard skull using high-energy rays.  What makes this invention even more impressive is that Hounsfield wasn’t a strong student and was often called “thick” by his teachers. What Hounsfield did discover, was his fascination and skill with electrical machinery.

Hounsfield got a degree in engineering and first worked at EMI— “the company would become better known for selling Beatles albums, but started out as Electric and Music Industries, with a focus on electronics and electric engineering.” While figuring out what to do next in his career, Hounsfield met with a physician who complained about the subpar quality of X-rays of the brain. This started Hounsfield on his previous idea of “looking into the box without opening it.”

Pragmatyxs has worked with medical device companies since our inception and having a glimpse into the innovations that will be used in the medical industry for years to come is always invigorating. We will continue to seek and identify advances in enterprise labeling with this same vigor.