The process of genetically modifying foods is relatively new to the world of agriculture. In 1994, no GE food crops had been planted in the United States. Today, more than 165 million acres are planted each year. The Center for Food Safety, a non-profit public interest and environmental advocacy group headquartered in Washington, D.C., estimates that 70-75% of all grocery store products contain at least one genetically modified ingredient. You have almost certainly already consumed many GE foods, whether you knew it or not. 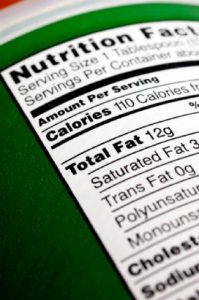 This is a government bill requiring most food packages to carry a text label, a symbol, or an electronic code readable by a smartphone that indicates whether the food contains genetically modified ingredients or GMOs.

The timing of when the GMO Food Labeling Bill will be enacted is undetermined, but Whole Foods Markets, whose shelves are prized real estate among food manufacturers, has already required this labeling. Other stores are quickly falling in line with this labeling requirement.