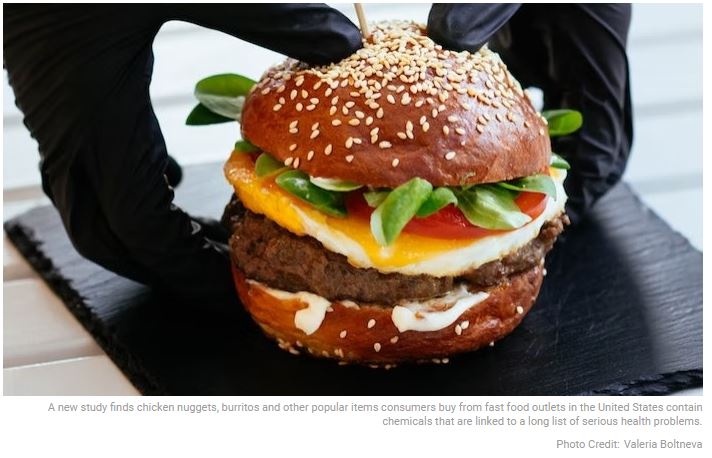 It’s no secret that fast food really isn’t good for you.  And if you needed another reason to limit these types of food in your diet, a “first-of-its-kind study” was recently published stating that popular fast foods contained chemicals linked to a long list of serious health problems.

“Researchers at the George Washington University and their colleagues bought fast foods from popular outlets and found 10 of 11 potentially harmful chemicals in the samples, including phthalates, a group of chemicals that are used to make plastics soft and are known to disrupt the endocrine system.” They also found that other plasticizers are frequently found in these prepared foods.

In this study, 64 fast food items from different restaurants were tested and the findings were:

Some of the sources of these plasticizers are the “food handling gloves, industrial tubing, food conveyor belts, and the outer packaging use to wrap fast food meals.”  The need for additional analysis of the regulation of chemicals used to make food is apparent from this study. The food and beverage industry is highly regulated to ensure the safety and health of consumers but as businesses grow and invest in making products more convenient, the regulatory field must continue to scrutinize how these changes and advancements may affect consumers.

Pragmatyxs is well versed to handle these advancements when it comes to new and changing regulations for labeling.